Almost one in five (18%) working parents have deliberately slowed down their career progression as they have struggled to balance their working life with their responsibilities at home.

According to the 2018 Modern Families Index, published by work-life charity Working Families and childcare provider Bright Horizons, parents are being pushed to “breaking point” by their employment, with many working more than their contracted hours because they feel it is expected of them.

Of the parents contracted to work 35-36 hours per week, 40% claimed they were putting in extra hours. A third of those people said they were working an extra seven hours a week – the equivalent to an extra working day.

Almost half (47%) of the 2,761 parents surveyed admitted that their work affected their ability to spend time with their family. To address this, 11% said they had refused a new job and 10% had rejected a promotion.

“We need human-sized jobs that allow parents to fulfil their labour market potential and give families back the time together they need to thrive. This should be central to the Government’s forthcoming review of its right to request flexible working legislation.

Parents are responding to the pressures on them by deliberately stalling and downshifting their careers. With more than 11 million working parents in the UK, our economy can ill afford this ‘parenthood penalty’. Our findings should be a wake-up call for UK PLCs.”

The survey found that 44% of working parents felt flexible working was a genuine option in their workplace. Among those with a flexible working arrangement, 37% said they still felt burnt out most of the time.”
Full article can be found here

When you consider this from a HR and Resourcing angle, it seems a little short sighted to not to have a more open approach to flexible and smart working practices. This is not just for those with family and child care responsibilities, but increasingly flexible working is becoming a decision point for many people when looking at new employment opportunities. I personally work from home on a Wednesday as it breaks up my week and means that I don’t mind the commute the other days of the week. If that balance was not there, then some of the areas I cover would not be so feasible.

Having worked in HR Recruitment since 2005, I have always championed flexible working as it makes a great deal of commercial sense as you are often able to get higher quality HR support for the same budget as someone working on a more traditional arrangement. A candidate at a 50k salary level working 4 days a week, is in effect the same cost as a 40k candidate working 5 days a week. The technology is clearly there for people to work easily from home and so in the vast majority of cases it is a cultural issue as opposed to a proper business case.

If you trust your people enough to hire them, then trust them enough to have a say in how they deliver for you! 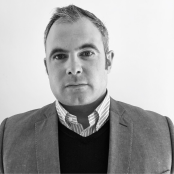 Written by: Paul Withers
How do you hire the best candidates? Are high potential candidates overlooked in your recruitment process?
Buying recruitment services. Does anybody stop and think?!

Free to Your Inbox